Maintain Your Brain through Volunteering

I thought it would be pretty easy to write this post but I have found it difficult to let the world know that for most of my life I suffered silently with major depression. A darkness that made Darth Vader look like a boy scout. Being here in this moment now, I find those old memories more fascinating than anything. Maybe if we get together for some vegan cupcakes I will tell you my secrets for curing my depression but for now, just know that a major part was due to volunteering. My eighty six year old mother said, “Get out and volunteer, you’ll find friends.” Well I didn’t find friends, not at first. At first I gave my time and my dedication to Phil Hardberger Park because I heard the satisfaction in other people’s stories, and I needed to know if those stories were true. Word on the street was that one could lose oneself through volunteering and I was definitely tired of the self I had created. I could only hope to lose this darker part of me and what better place than a park pulling Johnson grass and dove weed. Later after months of volunteering, the staff members realized I was serious about having fun while being there, and that’s when I made friends. Thanks Mom.

One of my favorite events was in August of 2015, handing out backpacks filled with school supplies for the homeless children at Haven For Hope. It was outside on the basketball courts on a nice typical south Texas morning and as soon as the DJ, Joker Jams started mixing MP3’s it was all over for me. I danced solid for almost three hours with every toddler, teenager, adult and staff member that needed to take a break from their daily struggles. The only way I can explain the greatest joy of volunteering for me was when I looked up from dancing and realized everyone in the outer circle of the court had their phones out staring at me and laughing. In that moment I looked back into their eyes with deep conviction and lost myself amongst the smiling, dancing children that surrounded me. I just let go of all my own personal labels and judgements. Without those labels who was I?

I was instantly free to be whoever I wanted to be, and I wanted to dance with those people, judgement free!

It wasn’t their judgement that was screaming at me. They could have been laughing at a puppy video on their phones for all I knew, it was my thinking in that moment that created everything around me, so I let it all go.

Since that day, just over a year, I’ve danced with children and adults from all sorts of charity events. I’ve danced at St. PJ’s, Morgan’s Wonderland, Eva’s Heroes, The Unicorn Center, and even more times with the incredible families at Haven For Hope, all giving me a chance to get my groove on with those that need a simple diversion from our seamlessly continuous daily routine.

“The best way to find yourself, is to lose yourself in the service of others.” Gandhi

I met Bill and Paul at one of the Hardberger Park events and it brought such great joy to witness all of their core volunteers helping out with one of our nicest local parks here in San Antonio. It was an honor to work beside them then, as it has been the many times afterwards.

Volunteering provides the privilege to see love in a way that surpasses its representation as just a word. What matters is the connection it implies from one being to another.

Hoping you have wonderful experiences in any given moment!

Dave Fry has been a WOHO volunteer since 2015. 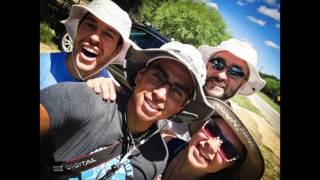